Patrick Hughes (Birmingham, 1939) lives and works in London. More than fifty years ago he began his career with work inspired by the surreal tradition. Since his breakthrough discovery of reverse perspective, Hughes has continued to confound viewers with his three- dimensional paintings.

The visual effect of his work is one of constant motion, determined by the shifting position of the viewer. As Professor Dawn Ades describes in the opening essay of the Patrick Hughes book, A Newer Perspective: “These really have to be experienced physically, in the flesh, for they are only activated fully by the spectator’s movement. They thus take their place, with Duchamp’s Large Glass and Etant Donnés, Dalí’s paranoiac-critical room (Mae West’s Face Which May be Used as a Surrealist Apartment), or the now-vanished surrealist installations, as creations that need the physical presence of a spectator to be complete, engaging the body as well as the eye and the mind.”

Hughes’ work is direct, ambiguous, and appeals strongly to anybody’s imagination. The work addresses a realm of visual sensation and deludes our perception of the environment.

Hughes has exhibited in London and throughout Europe, Asia, America and Canada. In 2014 solo exhibitions have included Moving Space at Panorama Mesdag Museum, The Hague (Netherlands), Gallery 360, Northeastern University, Boston (USA) and his work also features in the exhibion Visual Deception II: Into the Future which toured museums in Japan 2014-2015, via Tokyo, Nagoya and Kobe.

In October 2014 Hughes was awarded Doctor of Science, honoris causa, by the School of Advanced Studies, London. Patrick Hughes says: “I have been absorbed in the science of perception and perspective since I started making art, so to be honoured by the University with a Doctor of Science degree is the culmination of fifty years of study, to be continued.”

Oil and photographic collage on board construction (Edition 3)

Oil and photographic collage on board construction (Edition 5)

Oil and photographic collage on board construction (Edition 4) 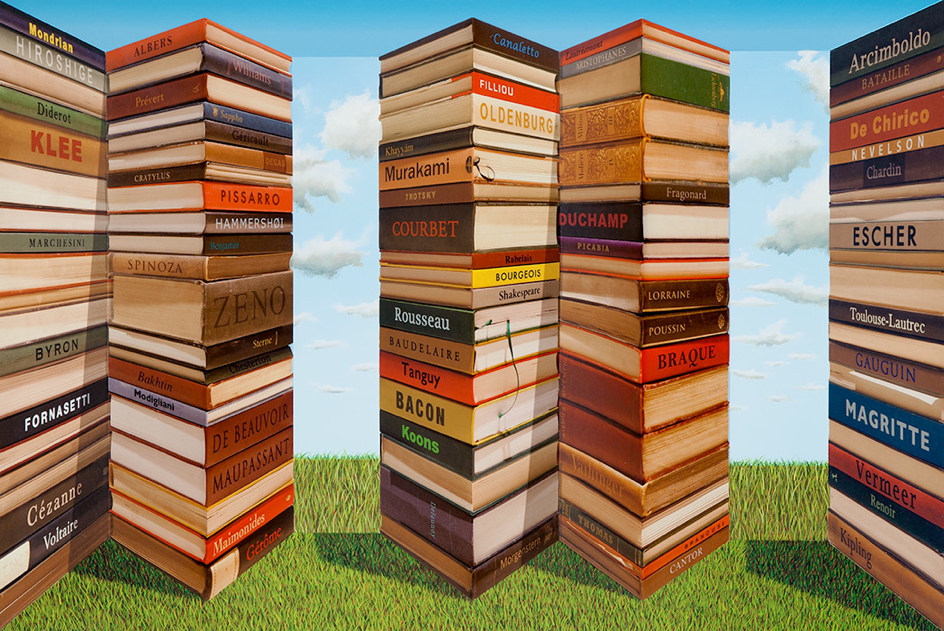 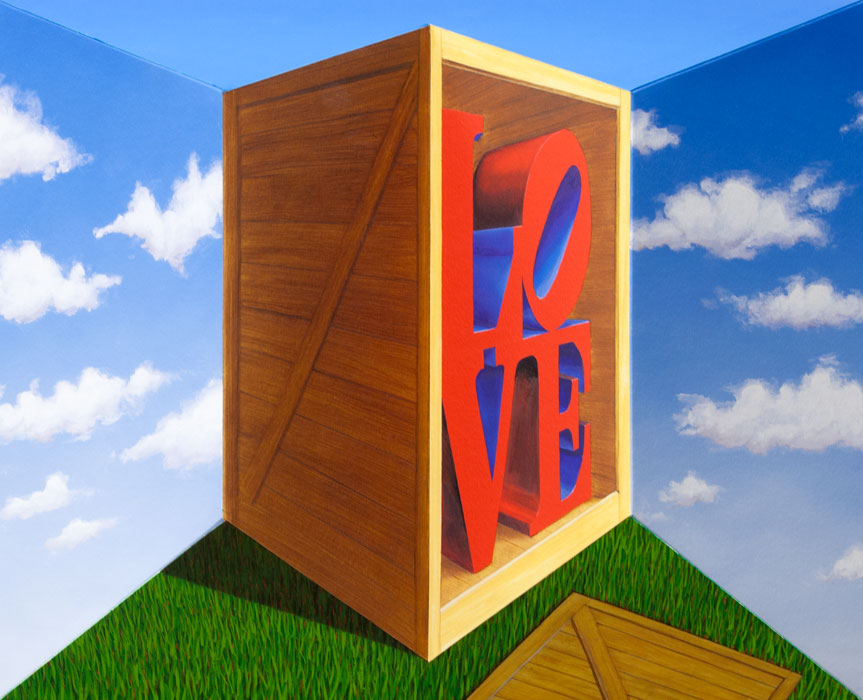 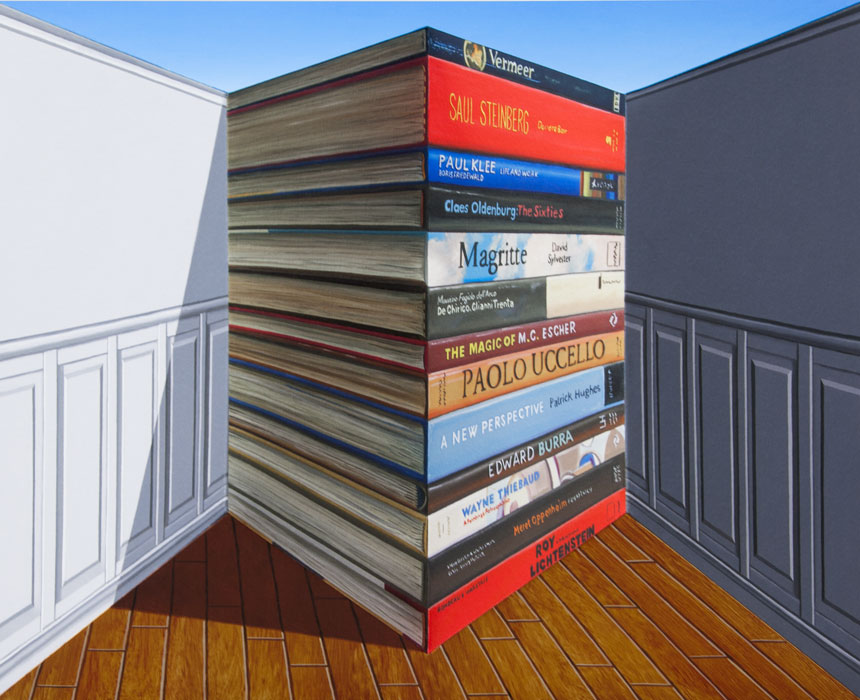