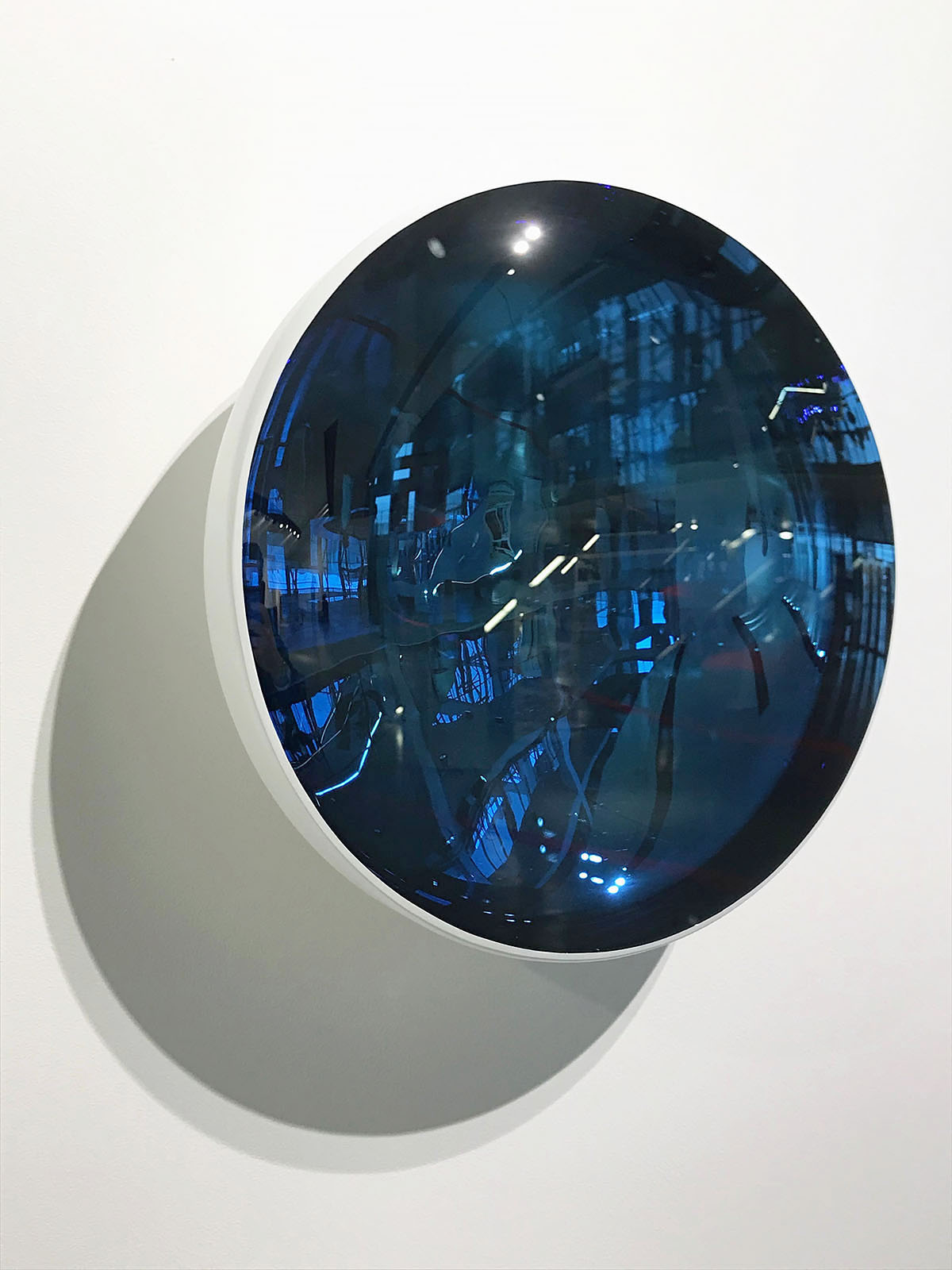 Maxime Christiaensen (born in 1989) lives and works in Antwerp, Belgium. He creates refined intriguing objects and sculptures which are made out of a number of complex materials.

His praxis exists in sourcing the finest materials all over the world and he fabricates his objects by working with leading companies in Belgium, The Netherlands and Luxembourg.

Christiaensen’s interactive objects are the result of a fundamental research for the living qualities of the universe. He generates visions and abstractions of reality by placing multiple layers of glass on mirrored surfaces which create an in-between state, a constant shift of mind and view that works as a stimula for the consciousness and intellect of the viewer. The work lives and breathes, time and image.

They are the result of an intricate production process involving specialised equipment and state-of-the-art machinery. Often simple geometric volumes, mostly composed of stainless steel, are coated – creating a thin, colourful film over the object; these artefacts become historical documents of light, time, space and that of what is lived within the work and contain a clinical, dynamic kind of beauty.